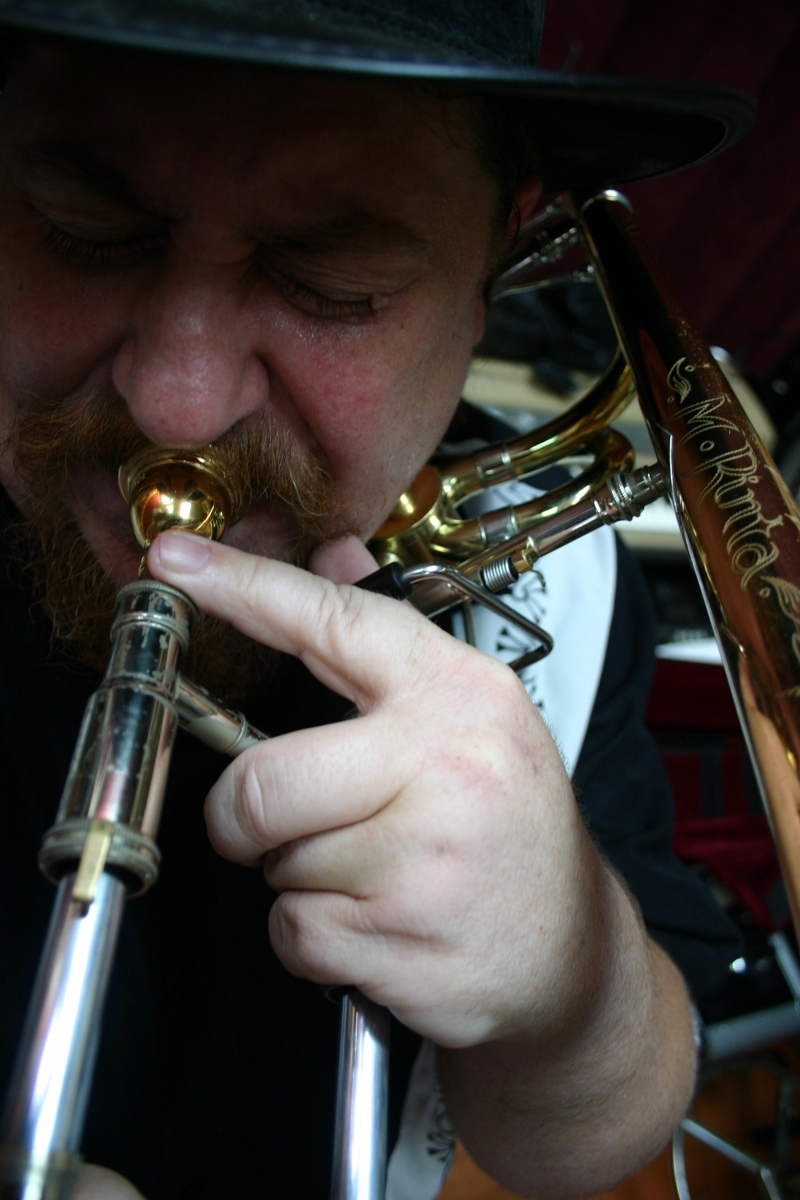 Michael Rinta was born in San Francisco where he grew up surrounded by music. His family’s musical influence rubbed off on him as he began playing piano and organ by ear at an early age. At 11, he started playing the trombone. Mainly influenced by the styles of Frank Rosolino and Julian Priester, Mike developed an articulate and technical style exuding personality and intensity in each note. He furthered his studies at Chabot College taking jazz theory and performance courses as well as playing in the Jazz Ensemble at Cal State Hayward. In 1984, Mike started freelancing around the SF Bay Area with various jazz, blues, and salsa bands including Orquesta Actualidad and Lavay Smith & Her Red Hot Skillet Lickers. In 1989, he joined the Carnival Cruise lines for a few years before returning to the Bay area where he continued to build his resume with bands like the Tommy Castro Band, Harvey Mandell, and the Zazu Pitts Memorial Orchestra.

In the late 90’s, Mike played with a myriad of accomplished bands and musicians. He toured North America and Europe with Michelle Shocked and also the Dynatones, won a Bammie Award (Bay Area Music Award) for Salsa Album of the Year, and performed with Santana, Herbie Hancock, Wayne Shorter, Buddy Guy, Arturo Sandoval, Bob Weir, and more. He also recorded for the Junius Courtney Big Band, Harvey Mandel, Mitch Woods, Avance, and others. Over the past ten years, he has recorded and toured all over world including Japan, Italy, Turkey, Denmark, Africa, South Korea, Switzerland, Sweden, Finland and Russia. He was the featured trombonist with Sly & The Family Stone, John Lee Hooker Jr., Variable Unit, Calvin Keys, Harvey Mandel, Brass Monkey Brass Band, Contemporary Jazz Orchestra, and others.